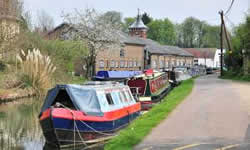 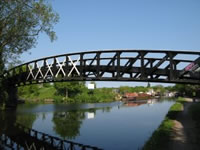 The Grand Union Canal
Walking Holiday in The Midlands and Southern England
from Birmingham to The Thames at Kew London
via Leamington Spa, Stony Stratford, Milton Keynes, Chilterns, Tring and Watford.

The Grand Union Canal Towpath walk is 147 miles long, starting in Gas Street Basin in Birmingham, passing through the beautiful rural countryside of Warwickshire, Northamptonshire, Buckinghamshire and the Chilterns, and ending at the Thames Lock at Brentford.
The Grand Union Canal is the longest canal in the United Kingdom and the walk can be extended by walking on the Thames Path to the centre of London. 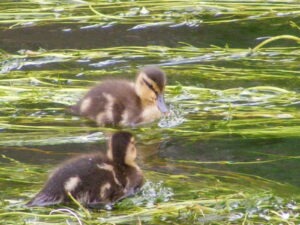 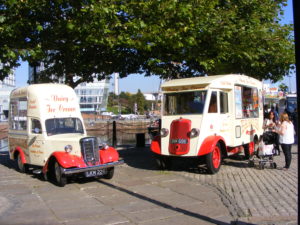 Itineraries North to South
STANDARD PACED
These holidays can also walked in South to North direction.

Itineraries North to South
MODERATE PACED
These holidays can also walked in South to North direction.

Our Canal Walking Holidays include: