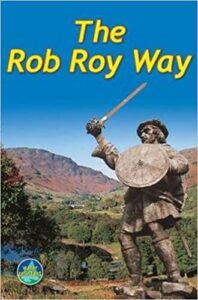 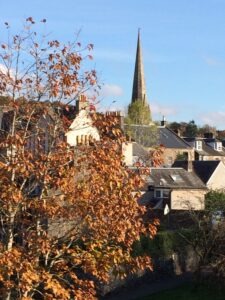 This is one of our Scotland Walking Holidays.

Where in the UK is the Rob Roy Way?

This walking trail transverses the Scottish Trossacks National Park from west to east and is available as a self guided walking holiday. Walking Holiday in Scotland from Drymen via Aberfolyle, Callander, Killin and The Falls of Dochart, Loch Tay, Kenmore to Pitlochry in the Scottish Highlands

The Loch Lomond and Trossachs National Park is the first National Park of Scotland, officially opened in 2003. Loch Lomond is probably one of the most famous lochs in Scotland (after Loch Ness) and the surrounding area to the east of this loch is the region of the Trossachs

Our walking holiday starts just to the south of Loch Lomond and about 30km from Glasgow. The walk will follow a general north east direction following the Highland fault which was formed in the Ice Age.

The Trossachs region to the east of the National Park is the so called ‘Rob Roy McGregor‘ country. Rob Roy, a so called Local Hero in some historians eyes and a villain in others, roamed the Trossachs countryside. He is buried only a short distance from our route. The region also has many great Lochs: Venachar, Lubnaig, Earn and Tay to name a few.

Subject to availability              Supplement per person per night

Rob Roy Way Walking Holiday: How to get there:

This is one of our Scotland Walking Holidays.

Our self-guided Scotland Walking Holidays include: