Severn Way Walking Holiday
Standard Paced
from The Source in Wales
to Bristol, in Southern England
21 nights and 20 days walking 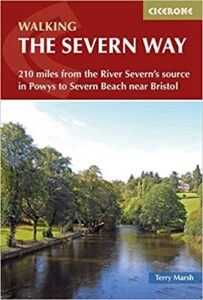 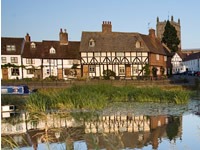 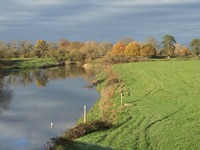 The River Severn, the longest river in the United Kingdom, rises in the Cambrian Mountains of Mid-Wales and flows through Powys, Shropshire, Worcestershire and Gloucestershire, flowing out into the Bristol Channel.
This Severn Way walking holiday passes through the famous Severn towns of Llanidloes, Welshpool, Shrewsbury, Ironbridge, Bridgnorth, Worcester, Tewkesbury, Gloucester and Bristol.
This self-guided UK walking holiday on The Severn Way makes a varied and interesting hiking tour. The Severn Way passes through some of England’s most charming landscape, full of wildlife, stunning scenery and history.

The Severn Way walking holiday is a 232 mile way-marked walking trail and is one of the most established of the national trails in the UK. You can walk the entire route in one holiday, split it into several holidays, or just pick the section of the trail that interests you.

The Severn Bore is one of Britain’s most spectacular natural phenomena. The tidal range of the Severn Estuary is the second highest in the world, being as much as 50 feet.
The River Severn Estuary has a rapid decrease in width and also a rapid change in the depth of the river, thereby forming a funnel shape. As the incoming tide travels up the estuary, it is routed into an ever descreasing channel, thus forming the bore wave.

Extra nights from £49 per person depending on location

in Wales and England

What our customers say about our UK Severn Way walking holiday

Severn Way Walking Holiday: How to get there:

Our self-guided Wales Walking Holidays include: